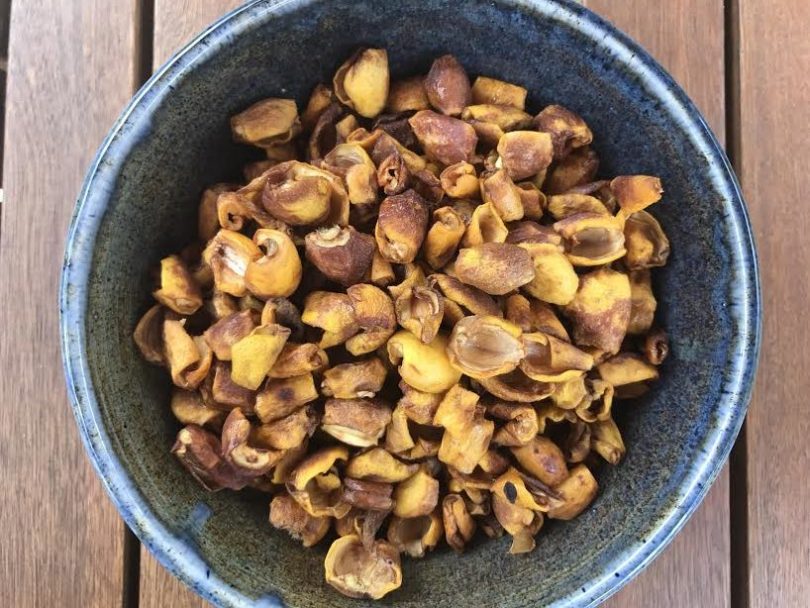 Here are four easy methods of dehydrating loquats at home.

The loquat tree, also known as Eriobotrya japonica, is native to China. The citrus-like fruit is highly valued for its sweet taste and health benefits. The fruits grow in clusters, and the color, depending on the particular variety, ranges from yellow to red-orange.

The tree’s fruit, leaves, and seeds are loaded with potent plant compounds. For thousands of years, ancient cultures have been using these compounds for medicinal purposes. It is wise to dehydrate your loquats for longer shelf life. Here are four easy methods for dehydrating your loquats.

SEE ALSO: How to Dehydrate Food Successfully: A Beginner’s Guide

How to Dehydrate Loquats

Loquats easily turn brown and spoil if not used after getting them fresh. Drying loquats will help preserve the fruits and prolong their useful life. You can dry loquats through the use of a food dehydrator, an oven, a microwave oven, or through sun-drying.

Dehydrating loquats with a food dehydrator

SEE ALSO: How to Dehydrate Food with a Dehydrator

Dehydrating loquats in an oven

Dehydrating loquats with a microwave oven

The fruit’s high acid and sugar contents make loquats safe to dry in the open. When sun-drying fruits, it is best to do it in a dry, hot, breezy day at a temperature of at least 86F (30C). The sun drying method is only recommended if you live in an area with enough sunlight on a daily basis. It may take couple of days to completely dry your loquats.

How to Store Dried Loquats

With proper storage, you can preserve your dried loquats for a much longer period of time, at least 6 months or even longer if you decide to freeze the dried fruits.

1. After dehydrating the loquats completely, and setting aside to cool down at room temperature, pack the dried fruits into air-tight containers. Glass is the ideal container to use since the material doesn’t react with the acids in the fruit. You may also use Ziplock bags or sealed plastic containers or jars.

2. Store the containers in a cool, dark place to prolong the useful life even more. However, storing dried loquats in the freezer or refrigerator may be necessary if you live in a hot and humid area. This will help preserve the fruits’ shelf life, and keep the dried loquats in their best quality.

If you want to maintain the high quality of your dried loquats, keep them frozen constantly in the freezer. This way, you can retain the dried fruits in safe and good condition for a longer period of time.

Otherwise, even when you pack them in sealed containers, the dried loquats may spoil under humid and hot conditions.

3. When you need to use the loquats, you can just allow them to thaw and warm under room temperature. It shouldn’t take long after you take the dried fruits out of the refrigerator or freezer.

To determine if your dried loquats are still in good shape, or they have spoiled or gone bad, you can rely on your sense of smell and sense of sight. Discard the fruit slices that bear an off smell or appearance. Remove them as well if you notice mold.

READ ALSO: How to Store Dried Fruits at Home

According to recent research, loquats may provide various health benefits. Here are some of them:

Loquats are great-tasting fruits that come with lots of health benefits. Low in calories, the fruit boasts of myriads of minerals, vitamins, as well as anti-inflammatory plant compounds.

The problem is, loquats only keep for a few days. Dehydrating loquats will allow you to enjoy the sweet taste and health benefits offered by the fruit throughout the year.